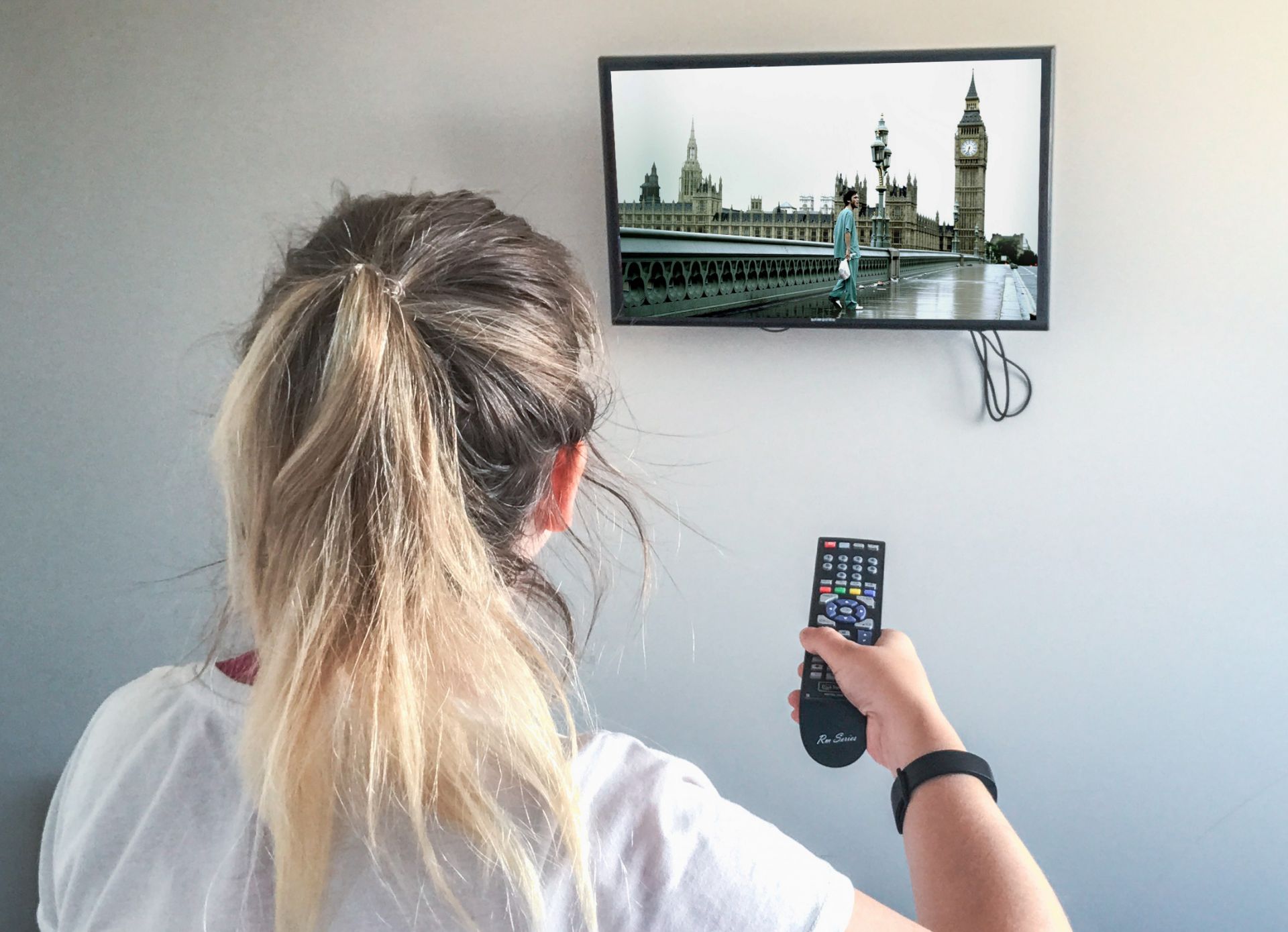 The Corona virus outbreak has resulted in mass panic and hysteria. Most of us (including myself) are now in isolation and social distancing. We’re all at home watching the news and panicking about what’s going to happen.

Personally, the news is a trigger for my anxiety so I only watch bits at a time. Too much can result in my anxiety flaring up. Instead, I like to watch movies.

However, there are some movies you really shouldn’t watch during this outbreak. Yes, I’m talking about those viral outbreak films, zombie films, end of the world types of movies. I know a lot of people like these types of movies but if you have anxiety, maybe give these ones a miss.

This is an end of the world movie but formed from a “cure” which was given to cancer patients. This turned into a virus which then took out the whole world leaving only 1% immune, including Will Smith. He spends the majority of this film alone with the company of just his pet dog Sam. Deathly Virus, End of the World, Loneliness. All things we don’t need to be watching right now.

Right at your door

Released only 14 year ago, this film is another example contamination and loneliness. Except the virus comes in a dirty bomb, listening to the news too much and comes with severe consequences.

One of the first pandemic films I can remember growing up was Outbreak in 1995. Dustin Hoffman discovers a deadly virus which started with a monkey. It’s an odd chase to catch the monkey, find a cure and save an entire population from dying from this deadly virus.

Another virus film but more based loosely on Zombies genre. Brad Pitt is apart of a task force to discover the origination of the virus and find a cure. Whereas most virus films are based in one location, Brad Pitt explores the world and shows more of a global pandemic to other films. Funnily enough they’re in pre production for the sequel…

An absolute classic by Danny Boyle. Showing the empty streets of London which we can definitely feel outside our own home right now. Another Zombie film but also based on getting the virus and isolation.

I can relate to this film a lot. I was in Thailand when the Corona virus started escalating and all my future trips were cancelled. This left me stranded on the islands. I had to get an emergency flight home and had this fear of being rejected of coming into my own country when I landed. Poor Tom Hanks finds he can’t leave the airport and ends up living there for weeks! I know a lot of people are struggling to get home too so maybe give this one a miss.

With the self shot format, this film gives it more of a realistic element as a virus breaks out in a small town. A new local reporter just covering a town fair story which turns into a horror story.

As well as an outbreak in this small town, they go into more detail of how the army and government try to control it. Isolation Camps, temperature checks and then more drastic measures.

Brad Pitt again in another end of the world movie. There’s a pattern here. This one is more of a SciFi element as Bruce Willis goes back in time to stop an outbreak from happening. Classic film but high anxiety levels throughout. Great acting though and Oscar nominated.

Well, it’s exactly what it says on the tin really. Hand held cameras for a more realistic event. Based on a camera crew following a fire department on the night shift who get called to a block of flats. They discover an infected person and the army locks them in the building while the virus spreads from person to person.

Maybe give the Walking Dead a miss too….Stay safe everyone! WHAT TYPES OF FILMS HAVE YOU BEEN WATCHING DURING SELF ISOLATION? LET ME KNOW IN THE COMMENTS BELOW.