I think everyone must have had a moment in their childhood where they thought there toys were alive…right? Tried to catch them out or film them to see if they really were alive? No? Just me?

Toys were a massive part of our childhoods. Except Gen Z that is! An app or an iPad is NOT A TOY!? I’m talking about a Barbie or a toy soldiers or your favourite doll. Everyone had their favourite play thing for play time.

I remember making scenes with my toys, like the future film producer I am and making whole movies with just my toys.

The film industry has made a killing out of film where toys come to life, some joyous, some hilarious and some god damn frightening!?

Here’s some of my favourite films about toys coming to life which gave me fond memories of my childhood, lots of laughs or make me never want to go into a Toys’R’US again…

This weekend is the release of the new Chucky film “Child’s Play“. It’s a horror classic but this time it’s been given a modern twist. The doll isn’t possessed, it’s a robot doll with a corrupt chip? I wasn’t really sold on this and was ready to hate this film but…I was shockingly surprised.

It’s a messed up version of Toy Story made by someone who hates millennials. It’s a slow burner but when Chucky starts showing his true colours, the film turns up a notch. With some of the most disgustingly gross deaths my poorly covered eyes have ever seen and the most hilarious lines I’ve heard in a “horror” film since “Get Out“.

I was NOT a fan of the new Tim Burton version at all. I thought it lacked the magical and bordered on ridiculous. It was also really predictable. The only decent part was the ballet section but wasn’t appreciated by the majority of the audience. Dull teenage tones of “this is so boring” made my ears bleed with disgust.

I would LOVE to see the Nutcracker ballet in person. It’s been on my Christmas to do list forever and would be a dream to see.

CLASSIC! A slightly weird and odd film but still a classic. Robin Williams was and still is one of my favourite actors. His comedic kookiness drives this fantasy comedy and is just a piece of art.

If you’ve never seen this film, let me give you a summary of what you’ve been missing out on. This once “hi tech” toy company’s owner dies and the company falls into the hands of an army general who makes the toys into weapons. Ending in a Lord of the Rings style battle but with Toys. Sounds great right!?

More Army toys. Looks more modern even thought it was filmed a year before Toys. Figure that one out.

These toys all have micro chips which go haywire and they all come alive. Why toys need such high quality microchips I’ll never know. They’re also programmed with army technology. This might sound like a combination of “Toys” and “Child’s Play” but I promise it has a lot less death as it’s a family fun action adventure film.

Ted is a big ball of amusing fluff. This film was an absolute shocker for me because I hadn’t seen any trailers before hand and I had no idea what I was walking into. Set in one of my favourite cities in the world Boston and one of my favourite actors Mark Whalberg, which just makes the perfect comedy cocktail.

Creepy toy alert! I love horror films but possessed dolls are my weakness. They remind me of the weird china dolls my Nan used to have and then gave me as a present. In the dark….they’re creepy as hell! I hid them in the wardrobe or facing out the window to scare the neighbors at night.

Annabel is the ultimate creepy china doll. For love of god someone just step on her fragile face and be done with this franchise because I can’t take it anymore.

I’m a real Boy?!? Old man makes a wooden doll which comes alive, gets kidnapped, sold into slavery to perform every night, runs away, goes to a weird child village where they all turn into donkeys and eventually gets eaten by a whale…

Finally, something actually family friendly. Who can’t love this silly old bear. No I’m not talking about Ted again! Winnie the Pooh films have been turning out in different versions and angles over the last few years. Like a trend, hype, or someone just found out about him.

There’s something just so lovable about this bear. My favourite film lately has to be the Disney’s Christopher Robin film in all it’s animated glory. They look so real and I just love the story. The characters are just as cute, funny and give me all the feels.

Black Mirror has created it’s own dark psychological version of a toy which comes to life. Ashley Too isn’t possessed or a chip malfunction (sort of), she’s the real Ashley’s actual consciousness in a doll.

Black Mirror is typical dark and a bit messed up but this film also has a lot of heart and has a comical side to it too. Based on Miley Cyrus’ experiences from her transition from Hannah Montana to the Miley we know today. Obviously this isn’t exact but she has said it’s like someone was a fly on the wall and wrote a script about her life.

The toys are back in town for film number 4! One of the most highly anticipated films of the year and rightly so. I love Pixar and Toy Story was the start of some of the most amazing animation that’s graced our movie screens….and it all started with watching toy’s come to life.

FYI If you haven’t seen them already google Child’s Play Toy Story posters and see what Chucky thought about sharing opening weekend with this lot. Hilarious. Not for kids though. Nightmares. 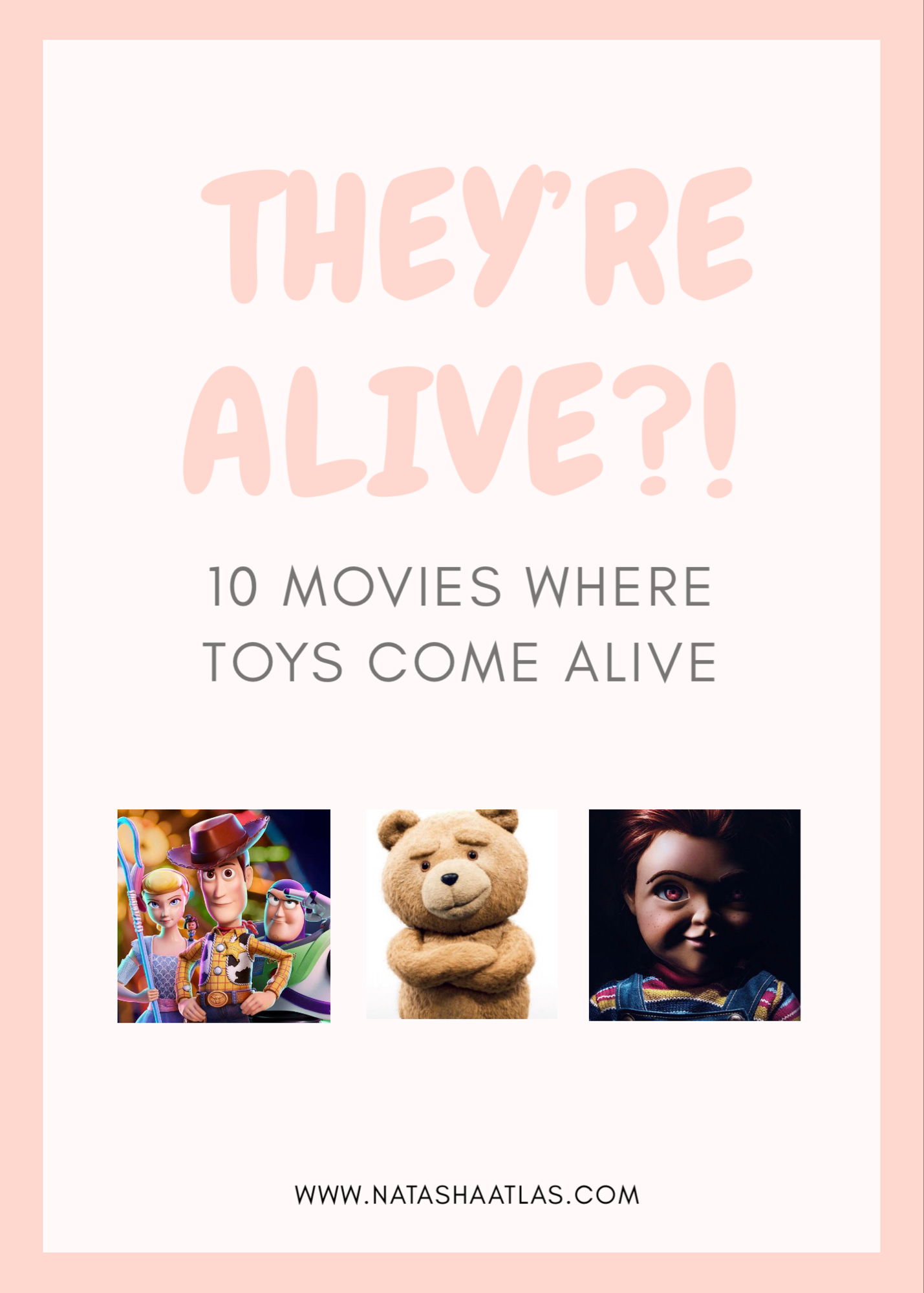 WHAT’S YOUR FAVOURITE FILM FROM THIS LIST? LET ME KNOW IN THE COMMENTS BELOW.

Disclaimer: AD – GIFTED | I attended the Child’s Play media screening in exchange for social content but was not requested to do a blog post specifically. As always my views, opinions and dyslexic spelling mistakes are my own.