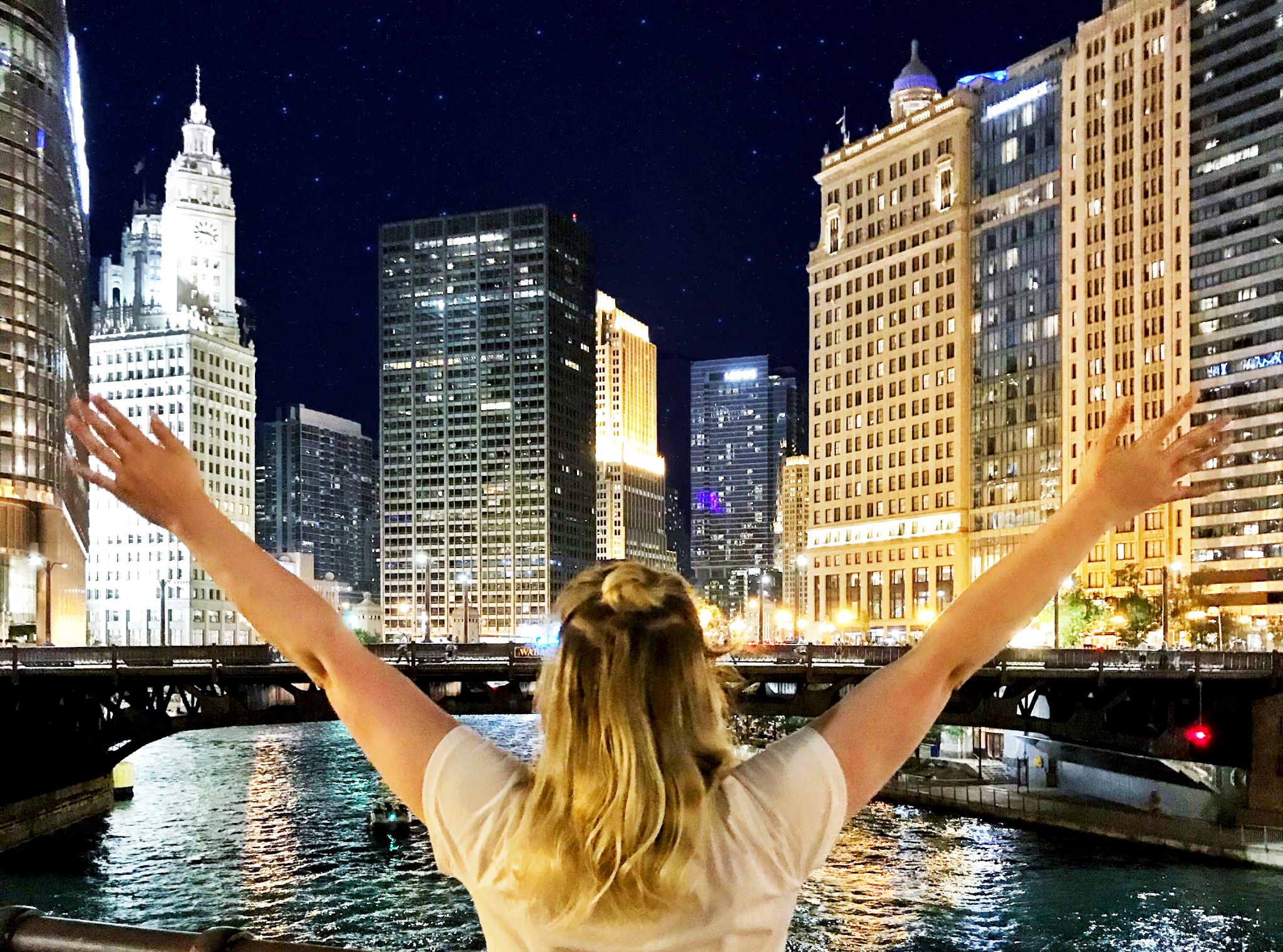 The United States of America is one of my favourite countries. I’ve been to America 7 times and visited 33 states. Every time I leave, I feel like I’m leaving my home rather than going home. I count to days till I can go back again and look forward to ever visit.

America is the best country for first time travellers in my opinion. Firstly, English (American) is the primary language so you won’t have any language barriers. You’ve seen most of the areas in the movies so you know what to expect. Finally, there’s so much to see and do, you can spend months in America and not see it all. From National Parks to Big cities and theme parks to Wildlife, there’s something for everyone in the good old U, S of A.

Every state I visit is different to the last. I love making new friends in America, trying the local cuisine and making memories which will last a lifetime. Travelling in the states is always fun and exciting but when I went on my first ever trip, I was nervous, scared and alone.

Here’s some tips and things I wish I knew before my first trip to the USA.

We’ve all heard the horror stories of the USA board control and people getting denied entry into the States. When I first went to America I was 16 and I was terrified after months of saving and planning my trip, waiting in line for hours to cross into America after a long flight, customs would just say “No!” and send me home.

This is just not the case. The only way this would actually happen is if your on the “naughty list” aka previously been flagged with customs, broke a previous visa violation, been in trouble with the law or if you just haven’t done your VISA properly. How to avoid this? Do your VISA properly, don’t break your VISA restrictions and stay out of trouble.

The Customs Officers are quite scary but don’t let them intimidate you too much. As long as you have all your paperwork filled out, passport and VISA ready, they’ll ask you 1 or 2 questions and send you on your way. They’ve got biggest fish to find. America’s legal drinking ages is 21 and it doesn’t matter where you’re from or how long you’ve been drinking for in your own country, it’s the law in America. They’re very strict in America with their drinking laws. If your a resident in America, you can get locked up for the night and fined. If your a tourist however, you can have problems with applying for a returning VISA if charged.

If you’re working in America, it can get even worse if your caught drinking by the local po-po. If your caught and charged with under age drinking or supplying drinking to someone under age while on a working VISA, you can get deported. No jokes. Your work can fire you and with no sponsor, you can be put straight back on a plane home.

My best advice…don’t drink if you’re underage. It’s that simple. It’s not worth it and you can always come back to America when you’re over 21. The US Dollar to the Pound has been in a downwards spiral for years. When I first went to America nearly 15 years ago it was 1.8 to the pound which basically meant I was getting everything half price. What a time to be alive. However, this is just not the case anymore. You’ll be lucky with about 1.2 right now. What ever currency you are, shop around for the best deal.

Don’t forget when someone provides you a service in America, you need to tip them. This can be your waitress in a restaurant, you taxi driver from the airport or your bell hop (just like in the movies). It’s customary in the States to tip as there wage is based that they also get tips too. If you don’t tip, you’re basically giving them a wage cut. A tip is not a bonus at the end of their day. They work hard for those tips, pay them.

It’s quite an awkward moment to give someone a tip sometimes. Never give coins, always notes. Coins are considered an insult. Try to work your slight of hand for any personal tips and if it’s a waiter/waitress make sure they get them personally so whoever cleans the table doesn’t swipe them. 10% if service was OK, 15% for decent service and 20% for great service. You never don’t tip someone unless they do something awful. America loves FOOD! Finding healthier options is a little harder in America but if your on holiday, treat yourself! Not only does America love it’s carbs but the portion size is ridiculous. It’s nearly twice as big as a standard English meal but about the same price so you’re getting your moneys worth most of the time.

If you don’t want to over indulge yourself in America make sure you ask how big the portion is before you buy it. I’ve actually ordered food from the children’s menu several times as it’s a better size for me and it’s cheaper.

If you are vegan or veggie, most restaurant do have an option for you nowadays but there is also a great app called Happy Cow which you can use to search for restaurants.

THE USA IS HUGE

If you want to road trip across America, you need to realise how big this country is. If you want to do it yourself, then you need to prepare for the big drives. Some drives can be 7-8 hours long. Personally, I think doing a tour is the best way to do this as you don’t have to drive and you’ll hit a lot of locations in a short space of time and make friends. I highly recommend TrekAmerica if you’re looking for a USA Tour Operator.

Check out my TrekAmerica blogs A lot of people travel America every day solo. You wouldn’t be the first or the last. The main thing is to do it safely. Personally, I would never get a Greyhound bus but I know a lot of people who have and it is cheap. Travel the way you feel the most comfortable with.

For me the best way to travel is with friends I’ve made whilst I was travelling or in tour group. I believe in safety in numbers but I also like to do my own thing too. Usually in big cities I like to wander around and do whatever I please. Best advice for this is to make sure you belongings are all safe, on yourself and in your accommodation before you leave. Have some headphones with you so you don’t have to speak to people if you want to be alone. Keep your wits about you.

If you are going to travel solo, just make sure someone knows where you are and where you are going. If you don’t feel comfortable telling people your on your own, don’t! Tell them you’re waiting for someone of meeting someone later. Unfortunately, there are people out there how like to single out solo travelers. Be smart. Be safe.

Last but not least, let’s talk about all the things no one wants to talk about but everyone thinks about. Firstly, since 9/11 the Police presence has been on the rise, the reason your custom experience is so intense and long is because they are trying to keep certain people out of the country so you and their residents are safer.

Remember, there’s awful things happening all around the world but the news loves to talk about America more. There are other countries that don’t get brought up enough in the news and having the same problems or a lot worse.

The chances of something happening whilst you are in America are very slim. Please do not think you can’t go to America because of everything that’s happened in the past or present. Over the last few recent trips to America, the police presence is so strong I actually have felt a lot safer.

Lastly, Trump. President Trump is not going to be waiting for you at the Airport to tell you, you can’t come in. He’s got other things to do. Like build imaginary walls. Check out more of my Blog posts on the USA! Have you got any other worries about travelling in America? Let me know in the comments below.