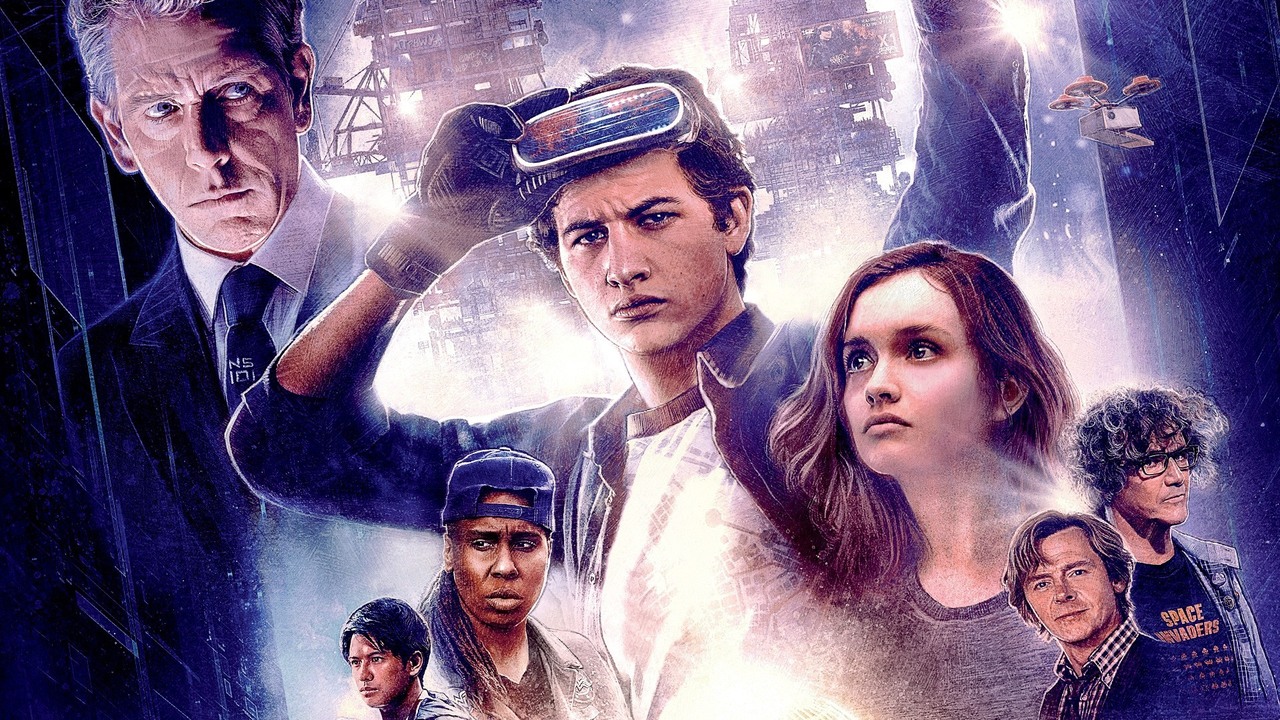 The last time I did a video game review I got trolled to death, so here’s a little warning. first. HARDCORE GAMERS, this post isn’t for you. It’s more for your partner, friend or family member who watches these films with you because they love you but actually hates them. The films in this list are movies I think THEY would enjoy.

Now that’s out the way. I actually am a gamer *dramatic music“. Not a hardcore gamer but yes, I do love playing video games like Call of Duty, Battlefield and Destiny but also strategy games like the Sims and Civilization Revolution. However, I know what films my friends would enjoy and what films I would have to geek out with on my own. Unfortunately, not all films are for everyone.

The film that started it all. Maybe not gaming movies but a film that was the beginning of proper animation. Pixar director John Lasseter has said on several occasions that his inspiration was Tron. If it wasn’t for this film then we might not have Toy Story. That would be tragic.

It’s one of the biggest films of the year and everyone expected it with Spielberg behind the lens. I loved this story line. Yes, it has lots of gaming and pop culture reference but this film is for everyone. Who doesn’t love an underdog story line. The race to find an Easter Egg to change your life. Game on.

Yes, the original film was a board game and an iconic film which shouldn’t really have been touched in the first place. However, the new movie is an tribute to the late Robin Williams and more for this generation rather than my own. It’s actually quite funny and Jack Black‘s performance portraying a 16 year old girl is hilarious!

I used to play this game years ago and the film does capture the essence of the game and the different species within it. The Orc family is particularly adorable in their own weird little way. The story isn’t that hard to follow and the graphics are pretty amazing.  It’s all about the Mages for me. In the film and in the game. #Mageforlife

Another comedy and retro game throwback film. Adam Sandler returns back to our screens with a bunch of games from the past come who come to take over the world. Stay with me. The story line is totally weird and unbelievable but it’s not really to be taken seriously. It’s a good fun, action, family film for all to enjoy. Easy watching.

I remember watching this movie years ago and I was scared out my wits. It took me several attempts to get through to the end. If your looking for a scary movie to watch, this is one I would never watch again. Not because it’s bad but because I just can’t.

Girl Power is officially on the rise again and Tomb Raider has been revamped for our cinema screens once more. With a new Lara Croft but still all the action you would expect. It’s great to see more strong leading ladies taking over our cinemas.

The film series that will never end. We’re half a dozen films down the line and it could go on forever. This is a good binge watching film series to get through, if you are up for the challenge. A great action horror filled with flesh eating creatures. Gross.

PRINCE OF PERSIA: THE SANDS OF TIME

Jake Gyllenhaal. Marry me. That is all.

The Rock is back with another film taking from some else’s idea. Come on Dwayne. A bit of originality that’s all I’m asking. Still, it’s a fun action movie from the old Rampage game. It’s also got some crude jokes I never saw coming and it’s got a simple story line which is pretty easy watching. Not as intense or thrilling as I hoped but still an OK movie. I was a little disappointed if I am honest. Maybe it was the lack of Jeffery Dean Morgan. Ah Negan.

For more Movie Reviews on films at the cinema right now. Check out my Instagram Stories Highlights. What other Video Game films would you add to this list? Let me know in the comments below.