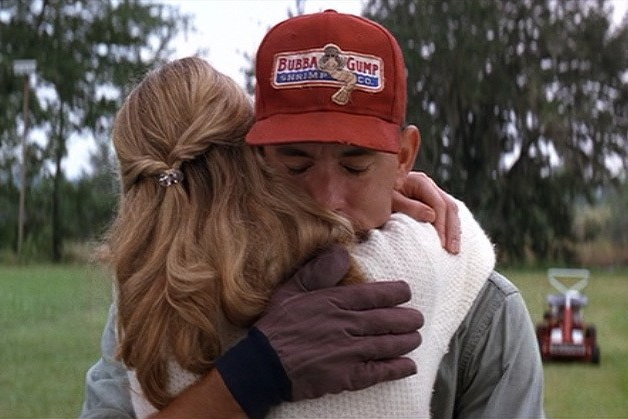 Yes, I hate Valentine’s Day. Single or in a relationship. Please don’t think I’m dead inside though. No, no, no. In fact, I really enjoy a great lovey dovey movie, a cheesy romcom and a happy ending. However, it has to be the right consistency or I’ll feel a little nauseous.

Here’s some of my favourite on screen couples who bring the right level of cheese to the table.

Love doesn’t care where your from or what you look like. You can still have a lot in common and fall in love.

Their on screen relationship lasted 4 minutes and was beautifully montaged.

They hated each other at first, then realized they had so much in common and grew to love each other. They are also total bad asses and I love that.

She’s a normal woman and didn’t change for anyone else but for herself and eventually Mr Darcy falls in love with her for “Just the way she is“.

The young couple were annoying AF but the old couple are so adorable.

He loved her but she faked it. Then, she loved him and he hated her. Then, the finally got to be together, in the final 2 minutes of the film. Real or not real?

She never loved Jack and she should have been with Sawyer!

Some people are so lucky they found each other so early on and have to work extra hard to keep the spark going.

They are legendary! I know.

She stabs him and sends him to hell to save the world. Love isn’t easy.

William gives me hope that I might still bag my celebrity crush, Jake Gyllenhaal.

Life is like a box of chocolates, you never know what you’re going to get. So true.

It’s just the right about to cheese and you can’t get cheesier than this without being sick. My guilty pleasure.

Ross and Rachel need to get a grip and stop making things so complicated. Chandler and Monica didn’t go on a break once.

The O.C was the Ryan and Marissa show but Seth and Summer are couple goals.

Harry and Ginny were too much and totally awkward. Ron and Hermione were years in the making.

You can re write the stars and say you were made to be mine. Movie of the year!

They were a better couple once they were honest with each other and kicked each others ass.

He had to make her fall in love with everyday when she forgot who he was.

They were perfect. RIP Heath.

As you can see there’s no Jack and Rose, no Ross and Rachel, and definitely no Danny and Sandy! Why? Nausea among other things. Selfishness. They both could have shared that floating door. 9 years of torture and you shouldn’t get back with someone who cheated on you. Lastly, you should never change yourself for a man! Sandy, what the hell!

Who are your favourite on screen couples and which couples make you feel a little ill? Let me know in the comment.