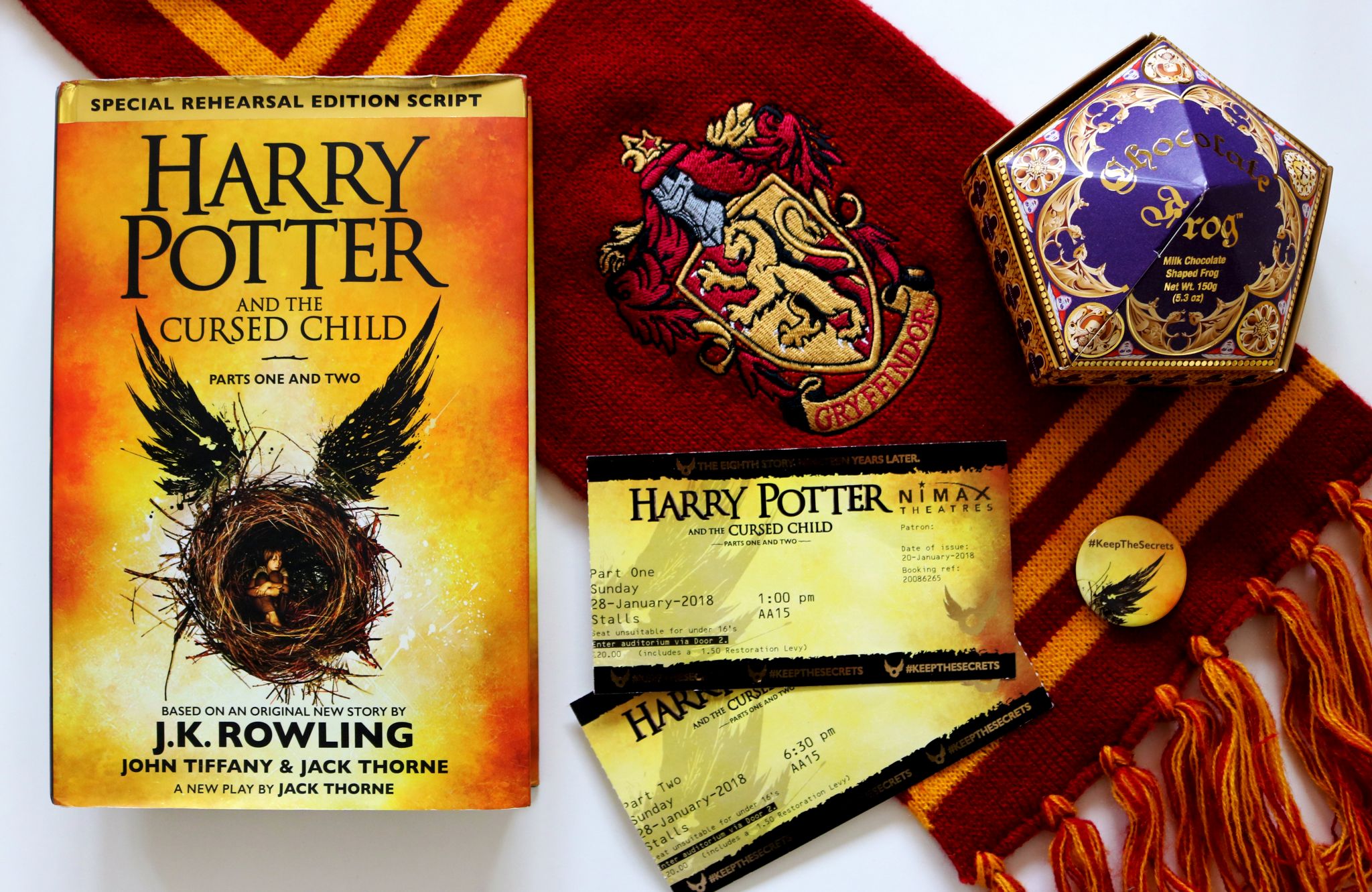 On Sunday 20th January, I went to the Prince Theatre and watched Part 1 & 2 of Harry Potter & the Cursed Child. Honestly, I’ve never been so excited. I was in the front row and center for both parts. This wasn’t a “blogger perk”, they weren’t freebie tickets, I didn’t pay a fortune for them and you can get these tickets too. Cheap and next week!

I’ve wanted to see this play since JK Rowling announced she was writing another book for the Harry Potter franchise, which turned out to be the screenplay. However, once the tickets went online it was nearly impossible to get one.

Tickets are like gold dusk. The show is currently sold out for over a year. As soon as they announce the next set of tickets, you have to be on it or you’ll have to wait for the next batch. I’m too impatient. I’m probably the most impatient person I know. I don’t want to wait a year! I don’t know what I’ll be doing this next next week never mind in a years time!

The Cursed Child tickets are also quite expensive. I don’t exactly have £140 lying around. Yes, that’s how much the average ticket costs. Ticket prices can go up to as much as £300. You can get cheaper ones but they usually at the back of the theater and you can’t really see what’s going on.

Then, I found the Friday Forty. This is a theater ticket lottery. You go onto the Harry Potter plays website and at exactly 1pm every Friday they start the lottery. You click “enter” and they randomly selected people from the online queue. These lucky winners get the chance to purchase tickets for parts 1 & 2 for next week.

Unfortunately, When I say “win” tickets, they’re not free tickets. They’re tickets you can win at a reduced rate. The tickets are £20 for each part and per person. That’s a massive saving compared to what you would normally have to pay and you don’t have to wait a year. The tickets are for the following week.

If you win, decisions have to be made quickly: Sometimes, you don’t get the tickets you want. For example, I wanted circle tickets and got stalls. I wanted 2 tickets but there was 1 left so I selfishly went on my own. I don’t regret it. I saved a lot of money.

Sunday was the only day I could go and it’s taken me 2 years of entering weekly into the Friday Forty to be selected! Yes, I could have watched it twice by now. Don’t be a muggle about it. I still won!

Here’s some tips on how to win in the Friday Forty: I started using multiple screens towards the end and I finally got my ticket using my phone entry.

If you really want to see this play and your unlucky in the Friday Forty, go down to the theatre. Sometimes people who cannot attend return their tickets. It’s worth a shot if you’ve got a day free. However, these can be just as expensive.

Remember! If you do win and get to see the play… KEEP THE SECRETS! Don’t be a muggle and spoil it for everyone! Have you read the screenplay or are you waiting to see the play first? Let me know in the comments below.