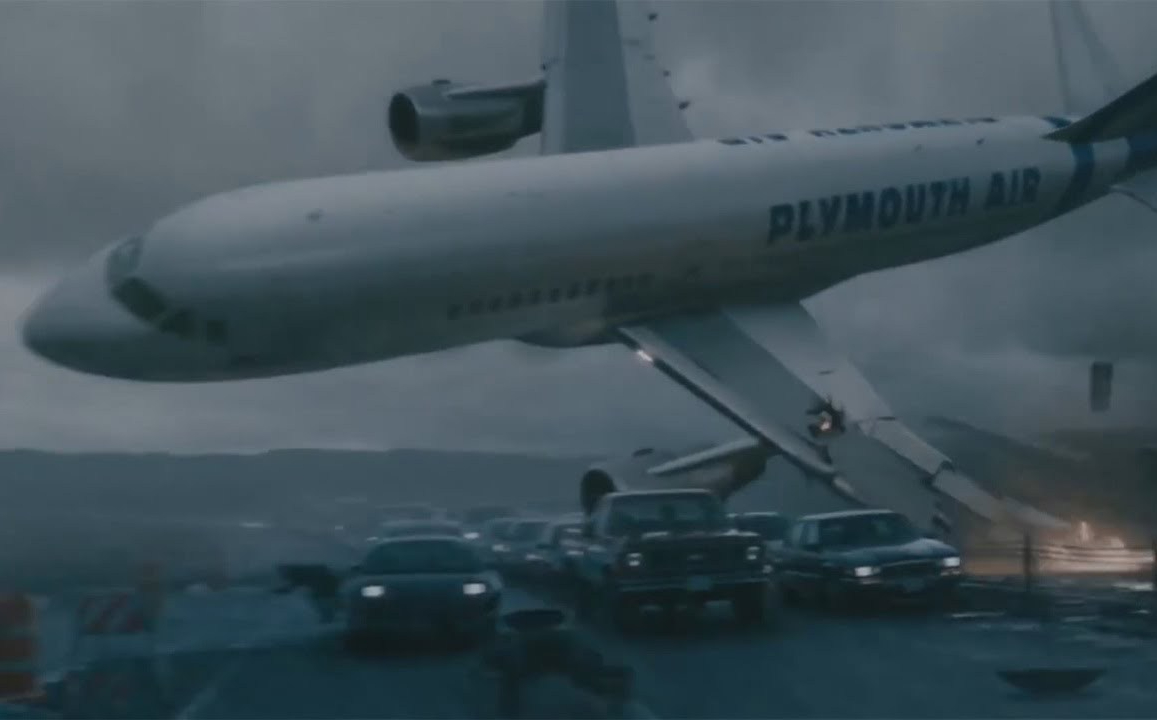 With all these amazing New Year travel sales appearing online, it’s got me very excited and thinking about my travel plans for next year.

I do my fair share of flying as I work in travel and with this whole blogging business but it’s never easy. I have anxiety which can be triggered very easily. I like to keep myself organised to ensure I have a great night’s sleep the night before flight. Everything packed and ready to go. Carry on’s arranged “Monica style” in order of how I will be needing them. Batteries all charged so I can start take thousands of photos straight away.

Sleep wouldn’t be possible if I watched the wrong film before bed. The nightmares….crashing planes, blowing up in the sky or hijackings! Here’s some of the films you shouldn’t watch before taking a flight. Happy Holidays!

One of the most recent plane disaster films. Drunk pilot, plane engines explode, plane goes upside down!? Plane crashes but only 6 people die, considering all of the above. A miracle. However, a long crime investigation for 75% of the film for the pilot.

Not 100% about a plane crash, I’ll give you that. However, it does have one hell of a plan crash 30 minutes into the film as a part of the larger story. This is a great film which is ruined by a terrible ending.

FedEx worker takes a flight for work on Christmas Eve and it crashes. Gutted. Not the best advertisement for delivering your Christmas presents on time but still a great movie. Tom Hanks is the only survivor from the flight and is stranded on a deserted island with a bunch of undelivered packages. The island isn’t that bad though. Bear Gyrils “The Island” is a lot worse and channel 4 stick you with a bunch of odd characters. I’ll take Wilson any day.

SNAKES ON A PLANE

Not to be taken seriously, but it still not your ideal flight situation. During your flight, you want to be nice and relaxed. Not looking under your seats or in the overhead for snakes crawling around you. All these snakes to try to kill one person. Not on Samuel L. Jackson’s watch. When you think wrestling for the arm rest was bad…?

This film starts off like a great romantic movie. Girl meets boy. Meeting in an airport, nice slightly flirty drink at the bar before take off and then realizing your sitting next to each other on the same flight. What are the odds? Fate? No. Instead, he’s an assassin and he needs her to help complete the job. Typical. Talk about a bad date.

Worst of the bunch. A real story. Real lives lost. A 9/11 story. However, this is a courageous story about the passengers who fought back against the terrorists which hijacked their plan. Instead, of reaching their destination they crash the plan into an empty field. Heroes.

Yes, it’s a World Apocalypse Zombie movie but it does have a very intense scene on the flight from Tel Aviv to Cardiff. Not your typical flight route. During the flight, the flight gets taking over by “the infected”  or “god damn Z’s” and Brad Pitt decides the best thing to do is to throw a granade to the back of the plane. Smart move? Plane goes down. Everyone but Brad Pitt and the Tel Aviv soldier survives. Hollywood ending. Shocker.

FLIGHT OF THE PHOENIX

If your going to crash somewhere, you’d want it to be a nice remote island like Tom Hank got in “Cast Away”. Not a desert. That’s just bad luck. No water. No food. No radio contact. Only the plane for shelter. Well, that sucks. Their only way out is to build another plane?

This plane film isn’t exact set in the air. It begins on the plane as a deadly virus spreads throughout the cabin. The plane, passengers and crew are quarantined within the terminal. This isn’t like Tom Hanks “The Terminal”, who is turning out to be the travel disaster king. No, this terminal has a virus trying to kill them on the inside and everyone on the outside trying to keep them inside.

Probably one of the most iconic for plane disaster horror movies. Creating a never ending franchise, this movie start with someone who predicts the plane is going to blow up before they even take off. He starts a fight which gets himself and some of his school friends and a teacher removed from the aircraft. Plane goes up without them and blows up. Could of had that premonition a little sooner and save the whole plane….

Do you know any other films to avoid before taking a flight? Let me know in the comments below.