I remember telling my friends and family nearly 20 months ago I was going to start a YouTube channel and the response was very mixed to say the least. Some people said “Oh, that’s nice” like that’s a nice idea but you’ll never do it. Other didn’t really understand what I meant even after countless attempts of trying to explain what “vlogging” was but went completely over their heads. The rest just didn’t really care. I don’t blame them, everyone has an option and for someone like me from a small town up north, it’s a very far-fetched idea. No-one really understands the YouTube world or what is takes to achieve it. 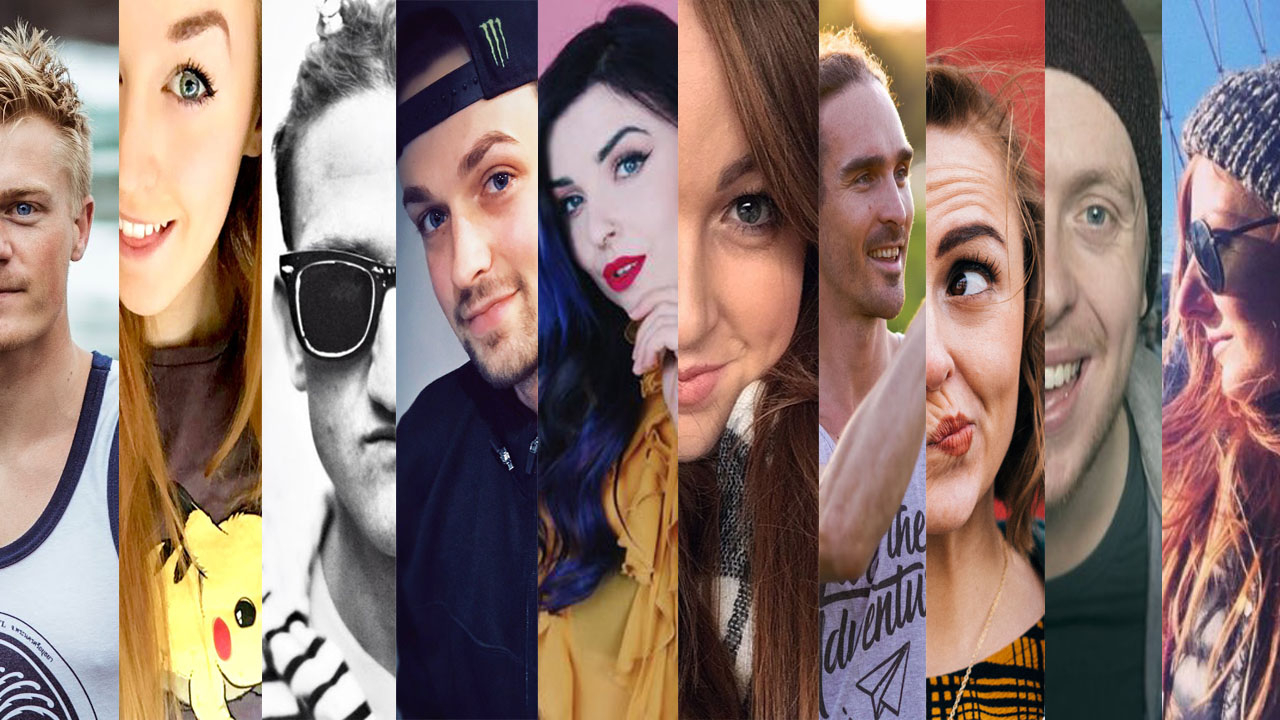 There’s a very naive dream to think that you can start a YouTube channel to become instantly “famous”. Or that you will upload one or a couple of videos and be an automatic YouTube sensation. Dream on! It’s also quite ridiculous to think that people will just start following you, people will just find you out of the MILLIONS of other YouTube channels and you’ll build a Subscriber base with little or no effort within a month or so. It’s hard to believe but…

I NEVER STARTED MY YOUTUBE CHANNEL FOR FAME, MONEY OR MILLIONS OF SUBSCRIBERS! HONESTLY!

I actually started my YouTube channel for other reasons. Firstly, I missed editing and filming. I did a degree in Film & TV and I miss it so much! I’ve wanted to work in film and TV my whole life and thought this would be a great way to start doing something I love again. It would also be a great way to get back into practice again as it had been a few years since I had edited anything.

Secondly, I thought it would be fun! I really needed a creative outlet at that point I started vlogging. At that time, I was just going to work and going home. I had no life as I was saving money. So, I was very excited at the prospect of picking up a camera again.

So, who is responsible for helping me choose this path of a YouTube life? Well, here’s the culprits who inspired me to start vlogging, to improve my videos, to keep vlogging and not give up!

The fabulous Travel Sassy aka Lisa, is the reason I started vlogging. I was actually looking at booking a TrekAmerica trip about 2 years ago today (which I obviously booked and made my first travel series on). I tweeted Trek some questions and they sent me a link to her vlogs which was the exact same trek I was planning to do. Not only was I sold on doing the tour but I was introduced to the amazing world of vlogging. I was fascinated by Lisa vlogs and at the time I never knew this was a thing?? At the time, I only ever watched YouTube for funny videos of cats or people falling over etc! I knew never people would be fascinated as much as they were by watching other people travel the world! I was hooked. I loved Lisa’s channel! However, Lisa eventually gave up her YouTube career and got an awesome job in Marketing in London. Which is a shame but also shows you can gain an amazing career through YouTube too. I am in debt to Lisa for getting me on this path which has helped me in so many ways, including getting a job in Social Media myself! Thanks Lisa 🙂 Louis Cole’s channel was suggested to me from watching Lisa’s videos. If you don’t know who Fun for Louis is, he’s a British Travel vlogger who travels the world non-stop. He also films….EVERY DAY! Yes! He’s a daily vlogger which also means he has a new vlog up every day for you to enjoy. He’s been everywhere! I think the last time I heard him talk about his country count, he was over 60+ countries! WOW! Louis’ first for adventure has driven my channel. To be more adventurous with my travels and travel more! I’ve still got a lot more countries to visit before I get close to meeting his figure half way! I also met Louis at the Adventure Travel show in London and he was such a lovely and friendly person in real life!

Ok. So Ben Brown is one of my favourite vloggers. He’s friends with Louis Cole and that’s how his channel grew so quickly. He used to be a World Champion Kayker! He was on Team GB and most of his first vlogs are him training. Since then, he’s made his own style and he’s actually really good at it! I actually remember Louis mentioning him in one of his vlogs so I checked him out. I didn’t really get him at first and saw him in one of Louis’ vlogs again a few months later. I gave his channel another try and been addicted to his content ever since! I love his Arctic vlogs! It’s just an amazing series which is why I personally love making series as well myself. Ben is also a great presenter. I think he’s really funny and speaks well, which is why I watch his to try to improve myself.

If you don’t know Casey Neistat…WHERE HAVE YOU BEEN? He’s been everywhere! He’s made so many viral videos, that you might not know him by name but you’ll probably recognize one of his videos. I remember Ben Brown and Louis going to visit him in their vlogs years ago and didn’t think anything of it. I then watched one of his vlogs which changed my perspective on him completely. It was this video which I will link below. He was going to run in the NYC Marathon and he vlogged the whole thing…ON HIS IPHONE! No fancy euipment. Just his iPhone! That’s when I told myself. I can do this. I can vlog. Even if I start on my phone it’s ok. You have to start somewhere. So out of all the vlogs he’s done. This is the one I want you to see. I also think Casey is an amazing storytelling which is what I have learnt the most from him and what I try to ensure I get a great story across in my vlogs.

Brogan is the first lifestyle, beauty vlogger I started watching. I was introduced to Brogan’s channel a few years ago after she went on a TrekAmerica trip. I love her honesty and she can chat for Britain! She’s just very real with her audience and interacts with her viewers which is very rare for some YouTubers. I love her style of YouTubing. I gain a lot from watching her channel. I feel like I have become a lot more confident in front of the camera now and try to explain more in my videos like Brogan does. I could never chat as much as her but I feel like I can talk more in my videos because of her so thanks Brogan.

I came across Ali’s channel when I was trying to figure out how to play Pokemon Go and I still watch his channel. Ali has AMAZING presenting skills! He has a very young audience so tries to stay PG when he speaks but he’s so clear and fun when he talks which is something I am trying to improve on myself. You can tell he loves what he’s talking about and gets really excited when he’s filming certain things. He’s a great role model for young kids and aspiring vlogger like myself.

Oh Helen! Freaking love this girl. She’s a very rocky fashion vlogger and also does daily vlogs on her other channel. I was introduced to Helen’s channel by TrekAmerica when she was on the iTrekHere trip last year. She just doesn’t care about what people think of her which is exactly what I love about her. I think the more you care about what other people think about you and what you’re doing, the worst your vlogs come out. I want my channel to be honest and that’s exact what Helen’s is like.

Jaack’s channel came very randomly to me. I was actually at work when he sent us an email asking to work with us. I had no idea who he was and was intrigued so I took a cheeky look at his channel and couldn’t stop laughing. He’s got a comedy channel but it’s more….ranting. If anyone know me…I LOVE a good rant! That’s why I love Jaack’s channel. Ranting about life in a funny positive way. My friends are constantly saying to me that I am funny which is very weird for me to say!? I personally think I am more comedic in real life than on camera. I feel too much pressure to be funny when the camera is on. I’m trying to be more relaxed in front of  the camera but I am still finding it difficult. Hopefully, after watching more of Jaack’s vlogs I will craic the art of being funny without it being completely forced.

Clare is the newest YouTuber I have started watching. She’s Ali A’s girlfriend which is how I found her channel She used to work at XBox which was amazing and gave it up to be a full time YouTuber. What!? Since then her channel is growing amazing well and I just love her style of presenting. She’s very fun and excitable like Ali but she has girly twists on it. She’s makes amazing YouTube thumbnails which I have taken on board to improve mine and make my videos stand out more. I also love her Sims 4 series. I’m just a big geek and love games so her channel is right up my street.

Hannah is a sex and relationships YouTuber. I was introduced to her channel a few years ago now after the first iTrekHere blogger trip. I think she’s just a fun bubbly character which such a unique subject. She’s super honest and talks about things some of my close friends wouldn’t really talk about. I love the important topics she brings up on her channel and some video’s are just hilariously outrageous! I actually met her at Traverse 2017 and I got to ask her a few questions in a Q&A. I learnt a lot from her so it was great to get some real tips on how to improve my channel.

Don’t forget to check out my YouTube channel! My Canada vlog series is almost complete!

Which of these YouTubers do you watch? Or let me know which YouTubers are your favourites in the comments below!