I was lucky enough to spend 3 summers at camps in America and for all 3 summers I was hired as a Specialist Activity Counselor. So what skills does a Specialist Activity Counselor have and what do we do exactly? Well, I was entrusted with some of the more “dangerous” activities in camp. In particular, Archery, Fencing and Riflery. Yes! I looked after all the weapons on camp and I taught kids how to use them safely! I am super responsible and that is something I never thought I would say! Camp is a great place for kids to learn new skills and these kids want to get involved in everything! Even if it’s just the one time! So don’t be disappointed if they only show up for one lesson. Specialist Activity Counselors are usually at Private camps, as not a lot of under privileged camps can afford the equipment needed to run the sessions and the kids aren’t really into some of the activities. If you are interested in teaching one of these activities then you will probably get offers from a Private camps. These positions are also high in demand so there is more chance of you being selected for a camp early if you have one of these skills listed on your application. I taught Fencing, Archery and Riflery at camps but did I need any qualifications to teach them?:

I started fencing when I was a kid myself. Funny story was, my dad took me to Central Parcs and wanted to go to the pub to watch the football (it was a big game apparently!) so he stuck me in Fencing because that was the only slot available. I went to Fencing for about 2 hours and I loved it. We even had a tournament at the end and I won! When I got back to England I joined my local YMCA and took lessons every week. I even competed at county level once but I thought it was too much pressure to do it again. I even used it for my Duke of Edinburgh award. I had qualified for my level 1 in foil fencing but I didn’t have enough money to go for any further qualifications at the time. I still went to lessons for years but stopped after I left college. It wasn’t till I applied for camp after my 2 year at University that I started fencing again. Camp didn’t need me to be a qualified coach. The kids aren’t competing for the Olympics! They just needed someone with experience and finding fencers to teach at camps are very rare so I got snatched up pretty quickly. I got taught the basics at camp and some coaching techniques. I brought some ideas of my own too. My dad must think I should thank him for my fencing career but I should thank Coventry City FC for their scheduling. I first picked up a bow and arrow when I was in Brownies. We went on a trip to this Brownie camp thing which had lots of activities on like, Kayaking, climbing and hiking, etc. Archery was also an activity and I guess I just love sports which involve accuracy. I took to it like a duck to water. Archery wasn’t exactly a sport that has loads of clubs I could join nearby back home and is sort of medieval to people in my home town. I added this activity to my camp application and I was asked to teach some classes at camp. I didn’t need a qualification for this activity. Just experience again. 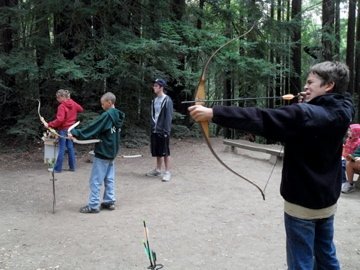 I never had any previous experience for Riflery. I’d been to camp the year before where I was a fencing instructor and they asked me to do some Riflery classes for the next summer. My dad was in the army so I guess it was in my blood but I had never held a gun before. These were only BB guns and air rifles. Camp wouldn’t give a child a proper gun! But they still required supervision and they could still hurt someone if misused. The classes were more about marksmanship which meant accuracy. The kids had to aim at the bullseye every time and get all their shots as close together as possible. The closer the shots collectively the better the score. Even if they weren’t near the bullseye. I had to be qualified for this aactivity so camp got me to come to camp earlier to train for the activity and take a test. Once qualified I was teaching kids how to shoot all summer. Oh America! For each camp they had different ways specialist activity counselors work within the camp:

I had a group of 3-5 year old campers (the cute little baby ones) with I looked after with another counsellor from 9am till 4pm. I had a timetable when I had to be with my kids and times when I had to be at the fencing area to teach other groups of kids. I had evenings off and weekends! I slept in the General Counselors bunk in the Residential camp. I had a bunk that I would meet up with for meal times to help the bunk counsellor. The activity days I would go to my activities and teach all day. I would then hang out with the bunk again for evening activity and cover for the bunk counselor when they had there day off so the kids were looked after. 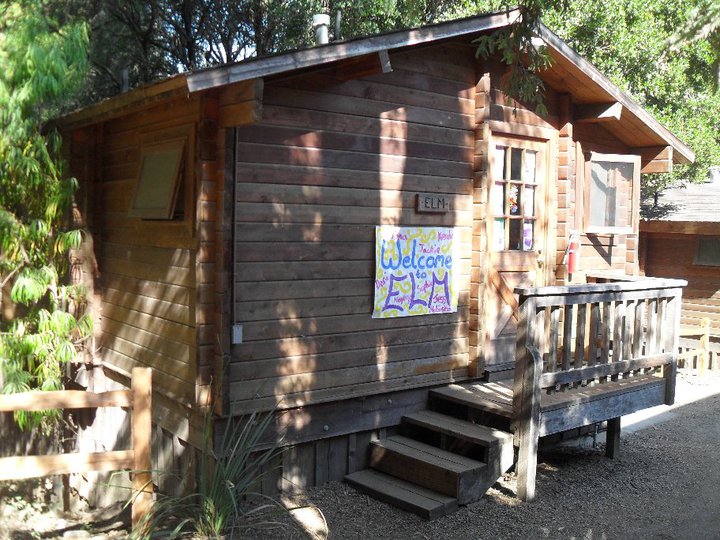 If you have been hired to be a Specialist Activity Counselor at camp this summer, I hope this blog shows you what to expect. Remember, the kids love these activities so try to make each lesson different and fun! Run competitions, kids love winner and NEVER announce the losers! Every kid is a winner! Try and bring some prizes from your home country! Sweets or coins and usually great or make certificates on the camp computers for the kids to show their families when they go home! Have a great Summer!