There were a lot of early starts on this tour and for someone who really isn’t a morning person, it hit me pretty hard. However, it still had some positives. We normally dragged ourselves out of bed and went straight back to sleep in the van. By the time we all woke up we were all in the next destination. I’ve never been to Monument Valley before or Utah so this was a brand new destination and state to tick off my list!

We started the day by visiting the Navajo National Monument which is the prehistoric Puebloan Ancestors built Tsegi Phase villages within the natural sandstone alcoves of the canyons. Amazing right? They were homes built in the walls of a canyon. Our tour leader knew a lot on the subject and explained they did this to protect their houses and hide from other Indian tribes who were threatening them.

The next stop was at a film location from one of my favourite movies “Forrest Gump”. It was at the point in the film when he stops running and goes home. I love films so this was pretty amazing! This was a major photo opportunity for me and Emily even got us all boxes of chocolates! So cute! 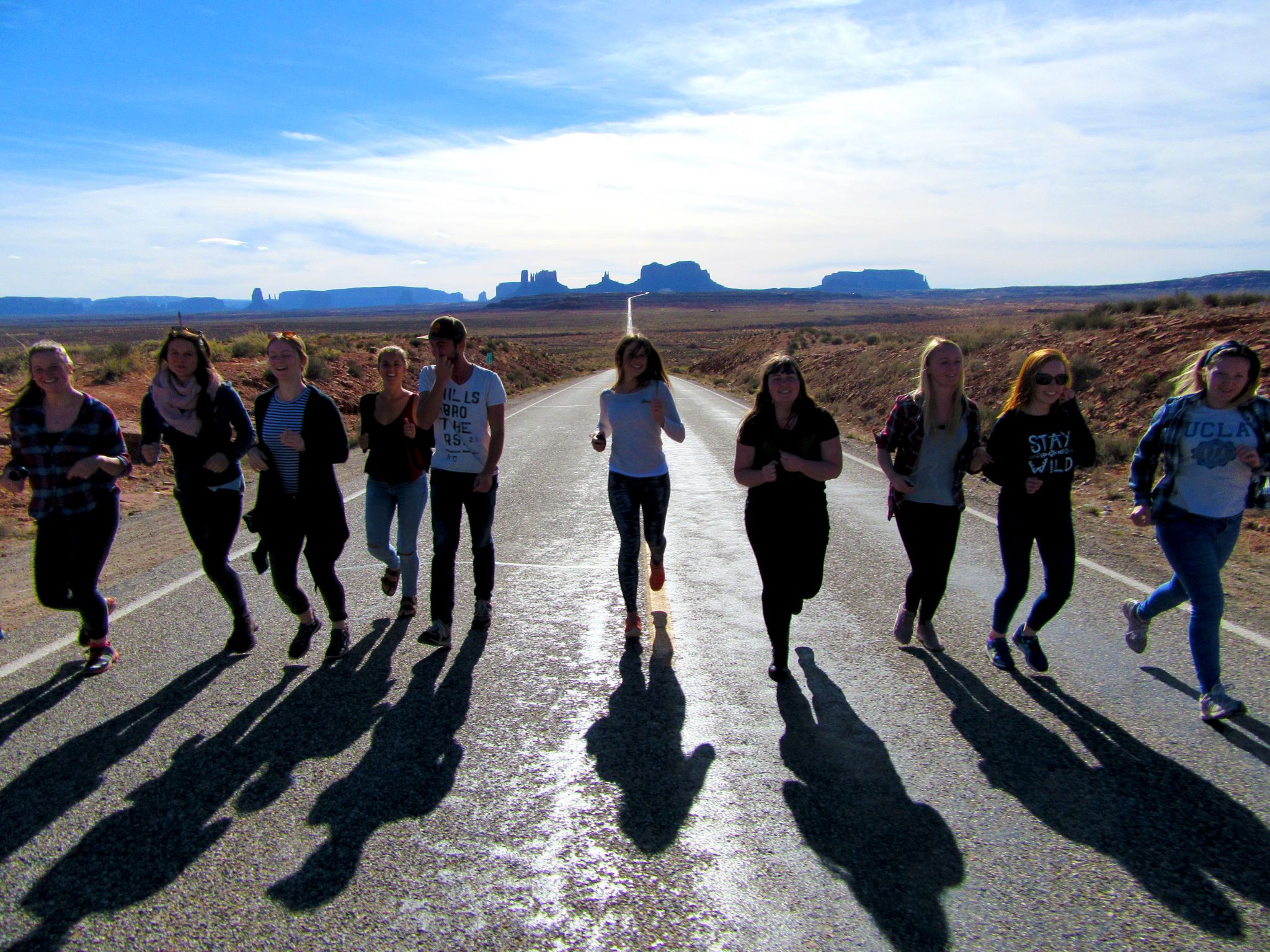 Finally, we were at Monument Valley where we had booked a jeep tour! You can’t get into some of the best parts of the National part without booking the jeep tour as the whole area is protected by the Navajo community. The jeep tour was totally worth it. We saw some amazing locations and we even got treated to some entertainment from the Navajos. One of them sang for us in the valley which echoed the walls of the caverns and sounded surreal! We also went inside one of the hogans (Navajo houses) where we watched one of the Navajo woman making rugs. The rugs are beautiful and some of the rugs go for thousands! Still don’t understand why they are living in houses made out of mud, dirt and sticks if they have such a profitable business! Later, we were treated to some burritos for dinner and a dance from one of the Navajos in traditional costume.

My birthday was in a few days time and my fellow trekkers grassed me up to the Navajos. I got pulled up in front of everyone (my biggest fear) and the Navajos got everyone to sing happy birthday to me. That wasn’t all though! They also sang a traditional Navajo Happy Birthday song to me which made me quite emotional and probably one of the nicest things that’s ever been done for me. They even gave me a bracelet as a present! One of my favourite days of the trip without a doubt!

If you want to see more on my adventures with TrekAmerica on the Southern BLT, please check out my Monument Valley vlog below: